With over a decade’s experience as specialist academic editors, Elite Editing offers accurate, reliable editing services in Australia and worldwide. Our excellent professional relationship with universities in Adelaide and across South Australia is based on our reputation for delivering precise editing tailored to your needs, each time, on time. 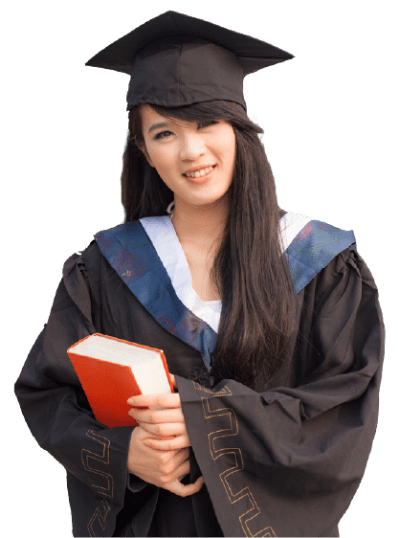 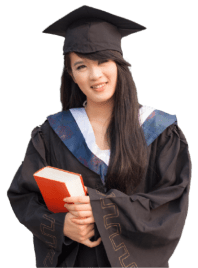 Students studying in South Australia benefit from a thoughtfully developed education sector that supports them via a network of student services covering all areas of their stay in the state, academic and non-academic. Adelaide, the capital and commercial centre of South Australia, has many governmental, financial and cultural institutions, and a large defence and manufacturing sector. The city is recognised since its early days for fostering religious freedom and civil liberties. It has mild winters with rainfall, and a warm, dry summer—a Mediterranean climate, indeed.

Adelaide has four main universities, three public and one private. It has campuses from other universities, including foreign universities, and is home to several research institutions. This cosmopolitan city, known as ‘the event city’ and ‘the lifestyle capital’ of Australia, is an attractive study destination, for sure! It’s renowned for its wine industry, arts and music festivals, varied sporting events, historic architecture, well-planned city spaces and unspoiled ocean beaches. Adelaide has been recognised as a ‘City of Music’ by the UNESCO Creative Cities Network and is consistently listed in the world’s top 10 most liveable cities, out of 140 cities worldwide, by The Economist Intelligence Unit. Interested? Here is a list of study options in Adelaide for you to choose from.

The University of Adelaide (Adelaide Uni)

Adelaide Uni is South Australia’s oldest and most prestigious university in terms of world rankings and a member of Australia’s prestigious Group of Eight research-intensive universities. It offers courses in arts, agriculture, health and medical sciences, and engineering, computer and mathematical sciences, among many others. It has three campuses in Adelaide and the main campus, North Terrace Campus, hosts most of the university’s teaching and research facilities. The Waite campus focuses on agricultural science, plant breeding and biotechnology. The Roseworthy campus, which hosts the first agricultural college in Australia, has 16 sq. km of farmland and is a centre for agricultural research. The Thebarton campus, which is also known as Adelaide University Research Park, works with the University’s commercial partners, which include businesses in materials engineering, biotechnology, environmental services, industrial design, laser/optics technology, and telecommunications.

In 2018, it had around 27,000 students, of which 7,583 were from over 100 countries. Five Nobel Laureates and over 100 Rhodes Scholars, including the first Indigenous Rhodes Scholar, have studied at this university. It was the first university in Australia, and the second worldwide, to admit women to academic courses (in 1881), and its distinguished alumni include Australia’s first female prime minister and first female Supreme Court judge. The university operates several research institutes and groups, such as the South Australian Centre for Economic Studies, the Hanson Institute for Medical Research, the South Australian Health and Medical Research Institute, and the National Wine Centre.

The University of South Australia (UniSA)

UniSA is ranked 25th in the QS world’s top 50 under 50 universities and is No. 3 in Australia in the Young University Rankings. It has a balanced curriculum but with a focus on applied and technical subjects. Its City West main campus, located next to Adelaide’s central business district, and three satellite campuses at Adelaide offer numerous courses, including in accounting and finance, business, defence, space, engineering, IT, physio and occupational therapy, architecture, social work, pharmacy, and nutrition and health. Its City East campus is also centrally located, near vibrant shopping centres and parklands. Its scenic Magill campus is just seven km from the city centre, situated next to a creek. Mawson Lakes campus is in the Technology Park, 20 minutes away from the city centre, amidst greenery and wetland areas. All campuses offer students advanced facilities and purpose-built spaces that simulate real work environments. In 2018, the university had around 32,000 students, of which 6,265 were international students.

Flinders was established in 1966 and its main campus in Adelaide is at Bedford Park, with satellite campuses at Victoria Square and Tonsley. It is a member of the International Network of Universities and Innovative Research Universities Australia. It offers a variety of courses, including in creative arts and media, culture and communication, business, social work, law, medicine and nursing. Its alumni include several Fulbright and Rhodes scholars.

Torrens is a private university and part of the Laureate International Universities, the largest education provider in the world, with about 70 universities across 23 countries. Torrens was founded in Adelaide in 2012. It offers courses in business, project management, sports management, health, education and design. Its headquarters in Adelaide are located in Victoria Square, in the Torrens building, one of South Australia’s most notable surviving purpose-built government office buildings. It houses Carnegie Mellon University’s Heinz College Australia, Cranfield University’s Defence College of Management and Technology, and University College London’s School of Energy and Resources (Australia), which constitute Adelaide’s international university precinct. Torrens’ Wakefield campus is located on the historic site of the Menz biscuit factory.

ACU is a public not-for-profit university funded by the Australian Government. ACU is one of the most affordable universities in Australia and is open to students and staff of all beliefs. It is ranked in the top 3% of universities worldwide. It offers courses ranging from arts, accounting and finance, and biomedical studies to nursing and philosophy.

CQU is listed among the best ‘young universities’ of the world by both the Times Higher Education and QS World University Rankings. CQU Adelaide is situated to the south-west of the city, very near the Adelaide Showgrounds, and is easily accessible. It offers courses in various disciplines, such as the arts, business, humanities, sciences, philosophy, and information and communications technology. It houses The Appleton Institute, a multidisciplinary research hub. The institute specialises in research, teaching and community engagement across a wide range of areas, including cultural anthropology safety science, sleep and fatigue applied psychology, and human–animal interaction.

Several South Australian Technical and Further Education campuses in the metropolitan area provide vocational education and training options. One such is the Adelaide College of the Arts, which provides nationally recognised training in visual and performing arts. Adelaide has numerous research institutes, including the Royal Institution of Australia (a counterpart to the Royal Institution of Great Britain), a Research Park at Thebarton, a Science Park and a Technology Park, which house the research and development arms of leading organisations.

Elite Editing has strong professional links to these universities and institutions in Adelaide and South Australia generally. Several researchers and students in the state opt for our services for all their academic editing requirements. Whether you are a student just starting your course or an established academic, you can rely on Elite Editing for editing that will meet—and surpass—your expectations.