Three embarrassing typos… and what you can learn from them

Typos, spelling mistakes, bad punctuation. Slip-ups happen to the best of us when we’re rushing, tired, under pressure or a bit confused: which is pretty much the description of a stressed out university student writing an essay that’s due soon. At best, they make you look silly and careless. At worst, they can undermine the content of your essay: either by failing to clarify your thoughts or actively giving the opposite meaning.

Bonus: We’ve prepared a 10 Point Checklist to use before you submit your essay.

Here are some examples of errors that have unfortunately gone to print, along with a discussion on why the mistake happened and what you can do to avoid similar mishaps in your own writing.

What happened here was that some now unemployed journalist put in some mumbo-jumbo, intending to return to it later. And of course, journalists—like university students—are constantly rushing towards deadlines.

If you’ve ever written FINISH THIS THOUGHT or WRITE SOMETHING SMART HERE in an essay, you’ll know how important it is to return to that sentence and complete it. There are three steps that go into avoiding this error: 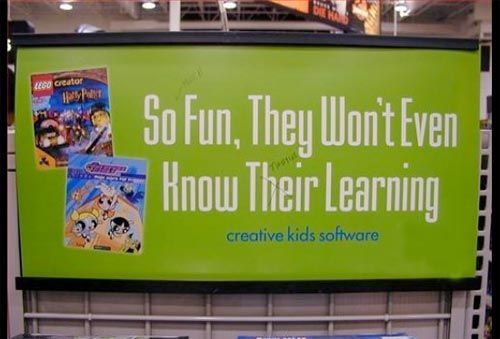 Instead of their, this should say they’re. They’re/there/their is one of the trickiest sets of homophones in English. It causes trouble to native and non-native speakers alike. This example is especially ironic because it’s in an advertisement for educational resources, but it’s still not a mistake you want to leave in an essay. Since it’s not necessarily a misspelling, a spellcheck program might not pick it up.

This is one you just have to learn. If you know you frequently make this mistake, each time you type they’re, their or there, stop and think: 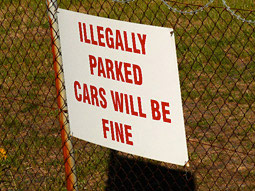 There’s such a small but at the same time large difference between fine and fined, isn’t there? In fact, in some contexts, fine even means ‘money you have to pay when you’ve broken the rules’—clearly the sense the sign writer was aiming for. However, in this sentence, the word is acting as an adverb—meaning it describes a verb, in this case, be—and ‘fine’ as an adverb means ‘alright’, which is not the intended meaning at all.

Unfortunately, not all typos are written in big red letters on signs, so they’re not always as obvious as this one. Particularly when the word in question makes perfect sense in the context and is not, strictly speaking, misspelt. Often it’s worth getting a second pair of eyes to look over your work to make sure you haven’t missed any small errors like this one that make your essay say the opposite of what you mean.

Our world class, PhD-qualified editors provide the best academic editing service available. We can help you get published, submit your thesis without errors or improve your grades.